So Heather Jacks is the winner! I predicted she might win, simply because she was so steady and precise. It doesn't hurt that she displayed a great sense of pacing herself, probably acquired over a career of participating in disciplined dressage competitions.

The final challenge of the Final was not only to make a couture gown, but to express yourself through your design. While Chinelo's gown was exquisite, Heather's was a take on a riding habit in red and black accessorized with a top hat and whip, modelled by her 'bestie' who also rides and competes. I think Tamara went off the rails at this point. She had always overgarnished, overtrimmed and overdid the binding on so many of her garments, that this Final gown kind of drowned her in OTT elements. Glueing instead of hand-stitching a hundred flowers on her odd 'fertilizer sack garden dress' showed she might be unfamiliar with what 'couture' means as opposed to 'designer runway.'

As far as I could see, the humor and panache of Heather's stunning outfit with the invisibly hand-stitched sunburst corsetted bodice, not to mention the gorgeous multi-layered taffeta silk skirts with the handsewn detachable bustle put her over the top. (last hurdle, should I say?) Ralph Lauren would have been proud of that look. Chinelo's gown was just as gorgeous but said a little less about the designer herself and let's face it, she flubbed up following the handsewn men's tie instructions royally. 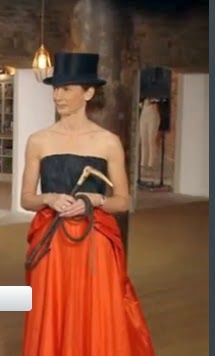 All the contestants seemed personable, helpful, and team-spirited people, which made the show lovely to watch. But I admit Heather won me over the day she moaned, "I want to drown in a bucket of gin." She is such a Counties Lady, of an old-fashioned type and not apologizing for it. Her humor was self-deprecating, tart, and witty, and she was graceful when she didn't do so well. I noticed how often she was criticized for 'playing it safe,' but maybe she had the experience to know that the devil is in the details, while some of the others boasted once or thrice, "I'll do it my way instead." 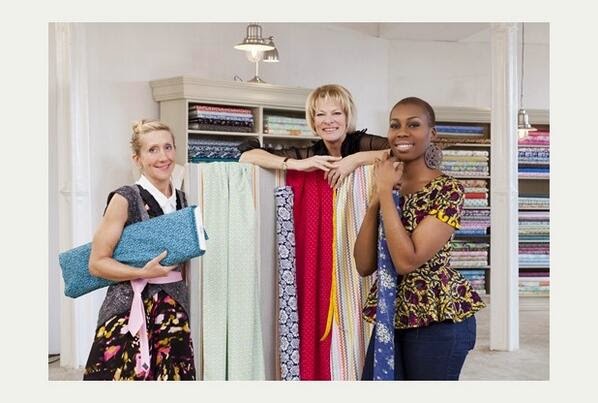 (Skipping required features or methods was not a good move where Judge Patrick is so clear on what he's looking for and Judge May leans in, saying, "You failed to do the...")

If anybody's going through a GBSB withdrawal crisis, here are some nice follow-up features on some of the players:

Nice feature on the lovely, graceful Chinelo Bally and her plans for a dressmaking career.
Interview with Chinelo Bally

If you need to catch up to the end of the episodes, here are links
Links for overseas viewers of the GBSB Season Two I used the Vodlocker one without too much trouble.

Maybe you didn't agree with the choice of finalists? Here's a useful flow chart of how they did until the semifinals, done by Burda UK. 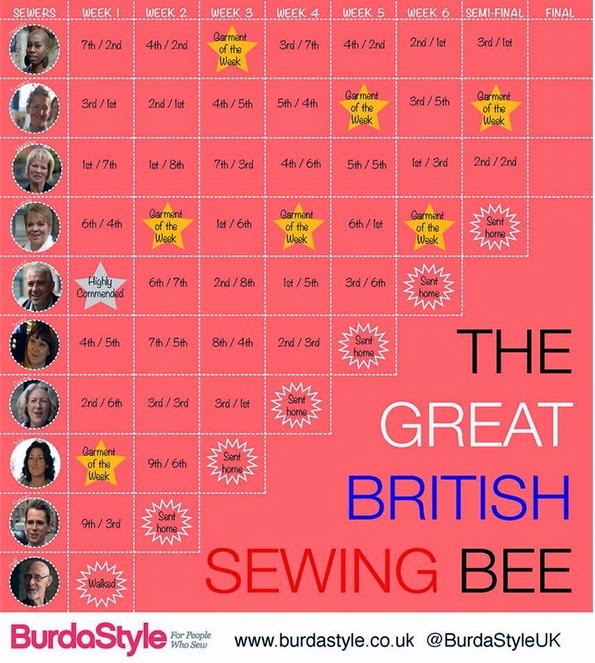