Anybody remember the ruffled Lanvin look that was doing the rounds some years ago? It looks like St Laurent has returned to this favorite trope with their own collection for Spring 2015.

When we deconstruct this look, it's an elasticated ruffle peasant neckline with variations of skirt below and by my count this is the 4,579th time St Laurent uses it. You can big up the ruffle (there's another Burda pattern that puts wire in its oversized ruffle) but I get more mileage out of clothes with a little less oomph.

I'm taking up a length of pure silk I've had around for literally twenty-five years, inspired by the return of red and black as a combination in various collections this year. Since I don't need St Laurent's trailing skirts, I'm going with a dress pattern used before in blue silk, a Burda pattern from April 2010.

Enough of Winter and Work! A weekend at the Montreux Palace, Get Your Read-A-Free-Ebook Week Coupons and more sewing! 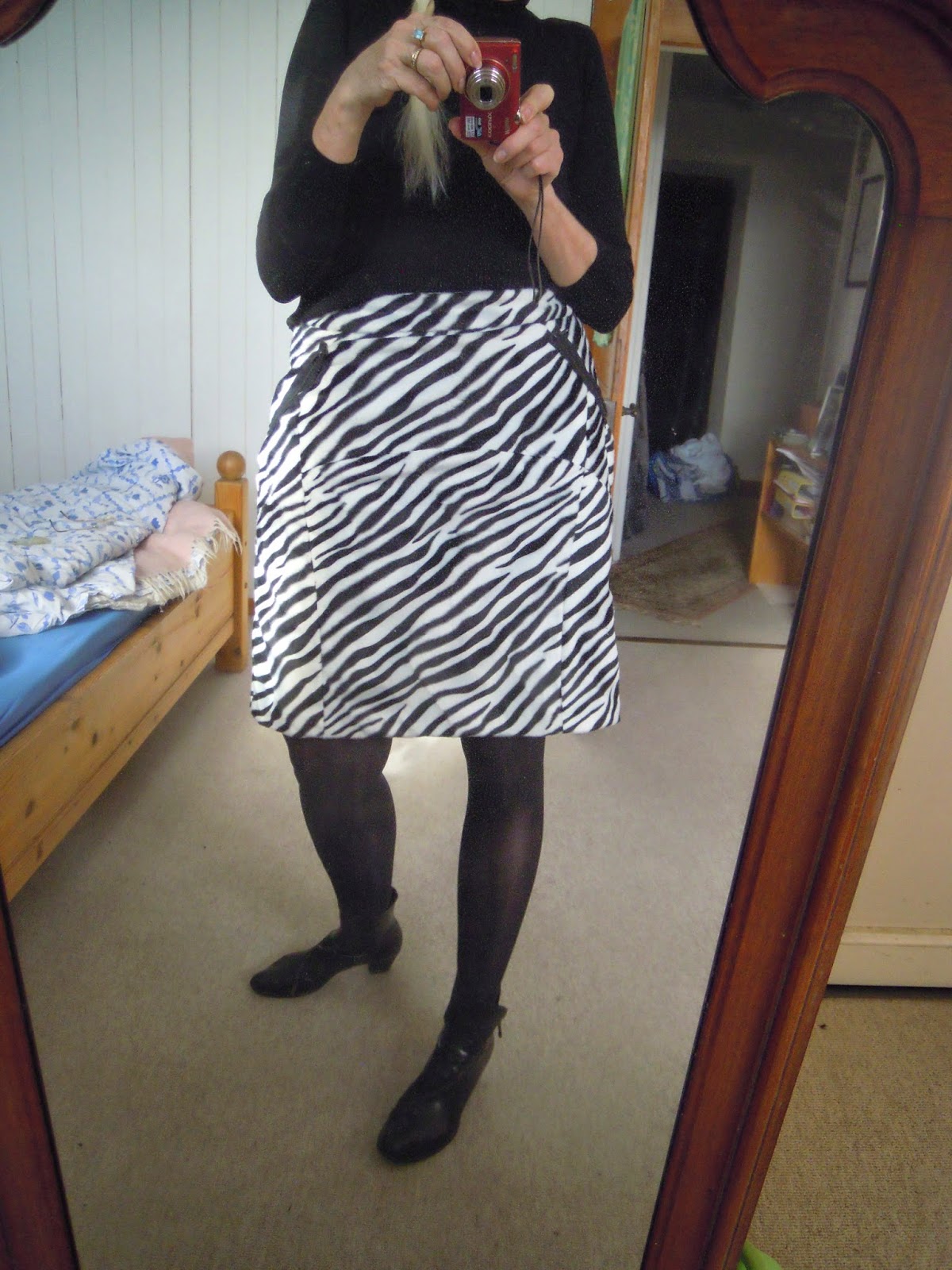 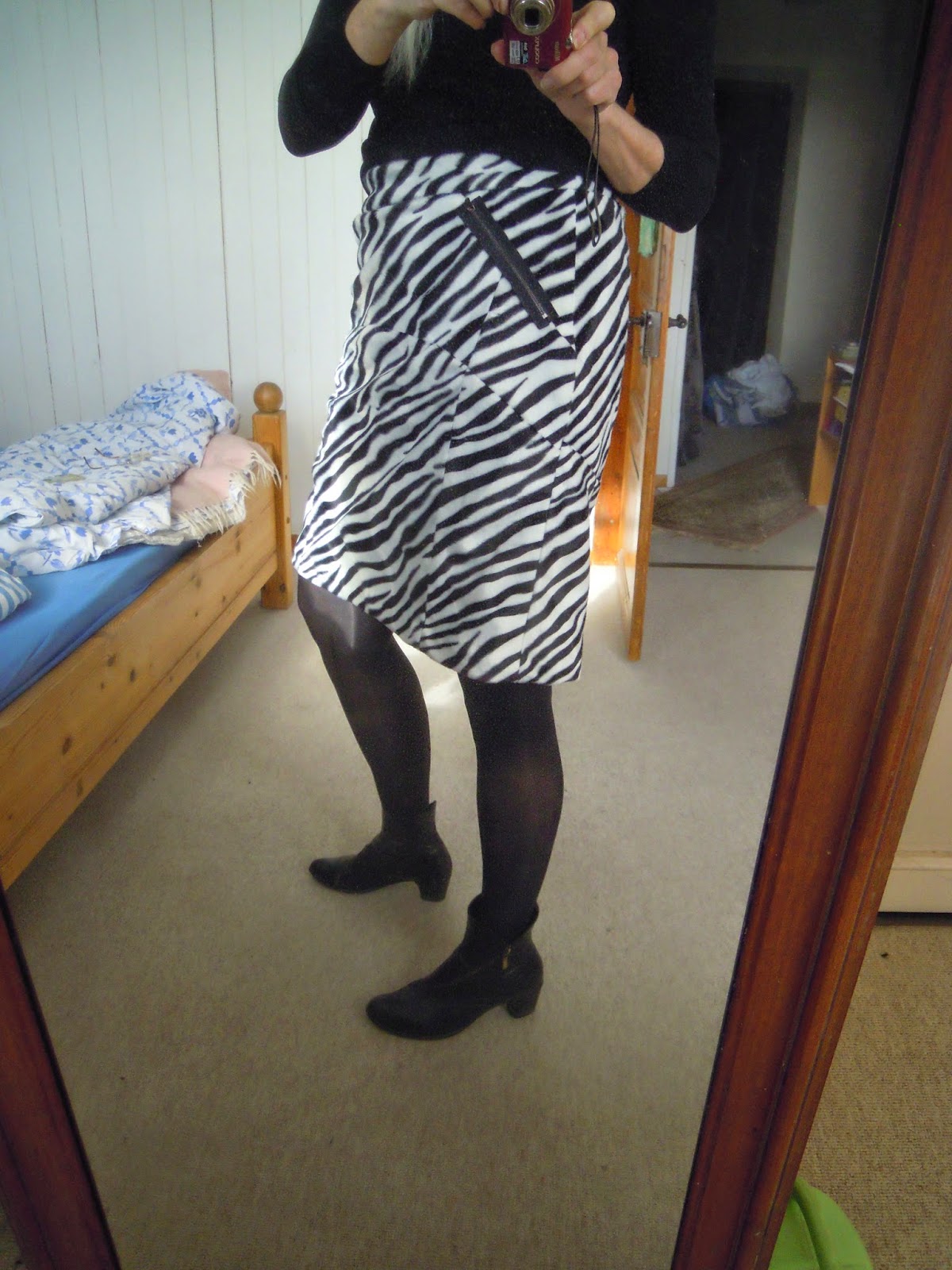 Are you enjoying the Great British Sewing Bee? I am, not least because Season Three has been dominated by male sewers and already, it's quite obvious that Neil, the married military man, is going to win hands down. Still the challenges are daunting, especially that last one, a traditional kilt. No...thank...you. Just too hard.

My own Burda Easy zebra 'challenge' is finished! By laying all the pattern pieces to imitate the finished skirt, I avoided headaches with zebra stripes going the wrong way. I think the piecing adds just enough interest, PLUS, this serves as a wearable muslim in case I wanted to invest in a real leather skirt. The fit at size 44 was perfect, but look at what happened when I added a whopping 13 cm to the hem. This is a mini-mini as drafted. 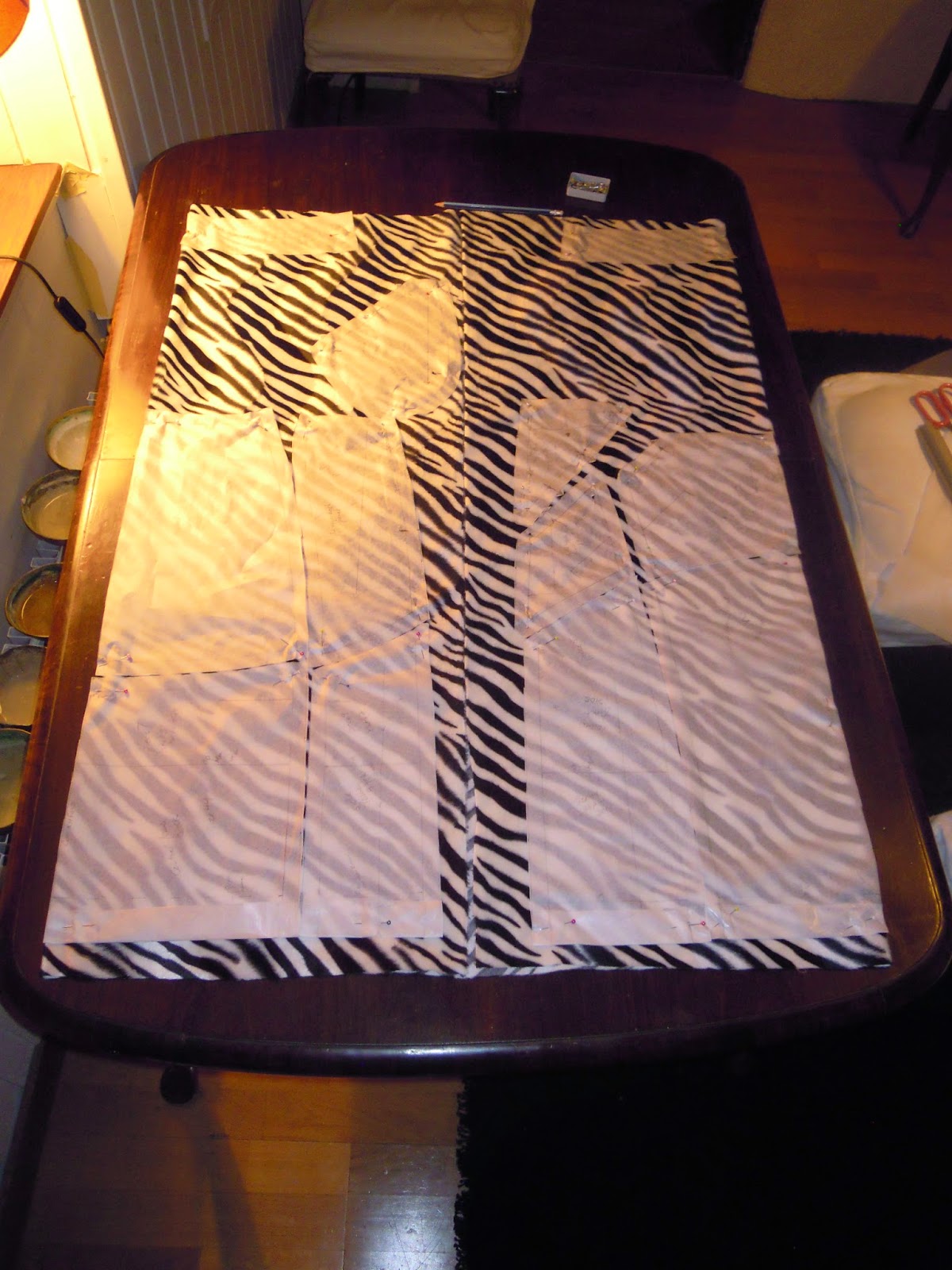 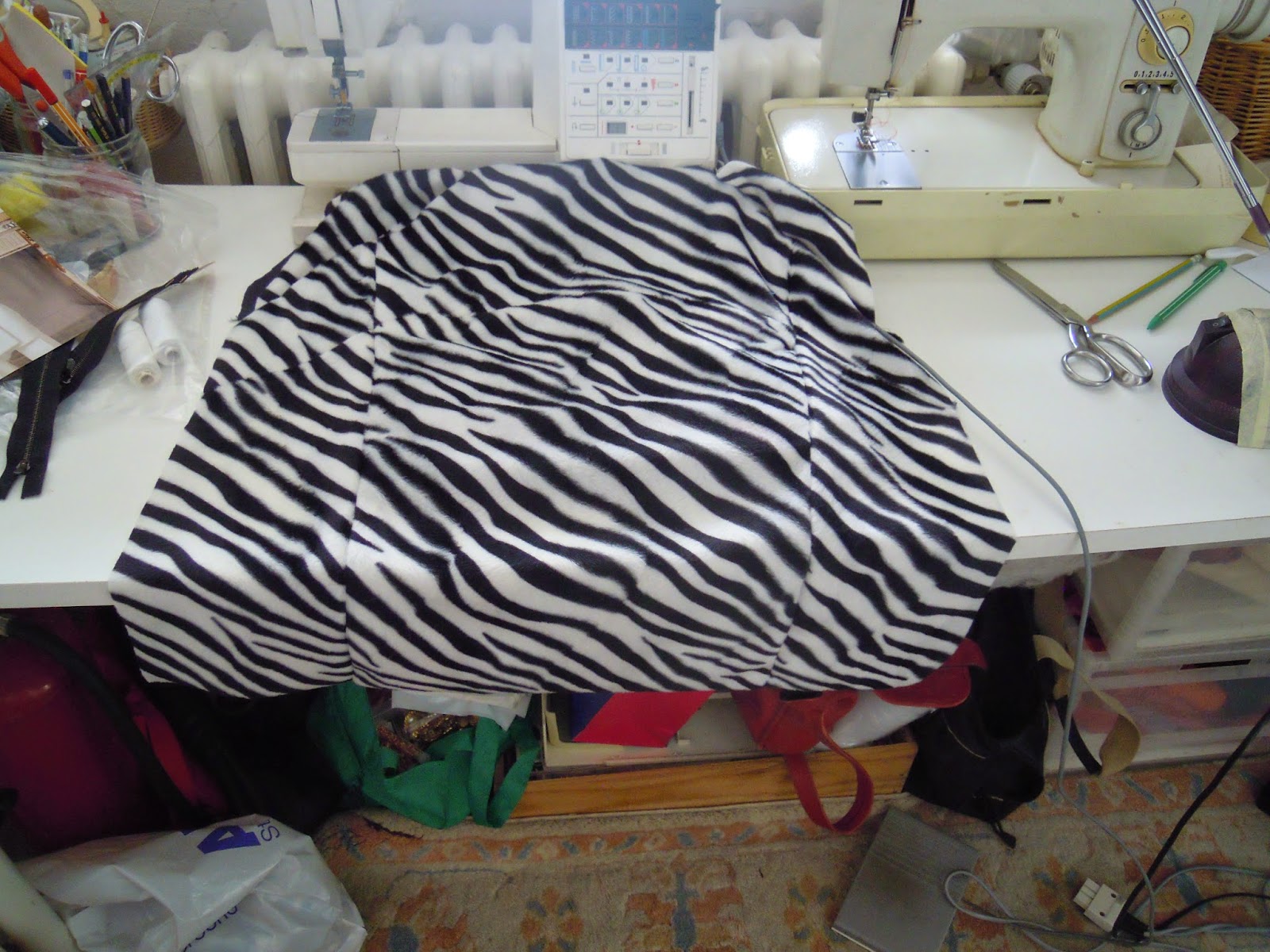 But perhaps you'd also like to celebrate with me. The end of winter is on the horizon.

Most of our winter 2014-2015 looked like the picture outside our house on the left, (plus my husband is looking at his third major operation in the last twelve months as soon as we can get him a slot in hospital.) We had a great Christmas with the three adult kids and their grown friends but somehow around now snow starts to look like 'white mud' and we both needed a break. (don't give up, the free book coupons are coming...)

Unfortunately my husand can hardly walk until he gets some new parts. The Montreux Palace Hotel offered him a great 3-for-2 nights deal over Valentine Day Weekend, so we decided to celebrate our birthdays by disappearing to their spa for a 'staycation' forty minutes' drive down the freeway and shutting off the phones. Notice behind my husband in the red bathing trunks, one of Switzerland's legendary cruise boats is making its rounds of Lake Geneva.

The Montreux Palace Hotel is one of those landmarks of civilization that should be on everyone's bucket list. The author of "Lolita" Vladimir Nobokov, liked it so much, he moved into one of the wings and lived there full time. Since his day, they've installed one of Switzerland's premiere hotel spa and gym complexes without changing the Belle Epoque decor in the main building or the casino opposite. And then there's the annual Montreux Jazz Festival in July to lure you here if sybaritic lounging around isn't enough for you. 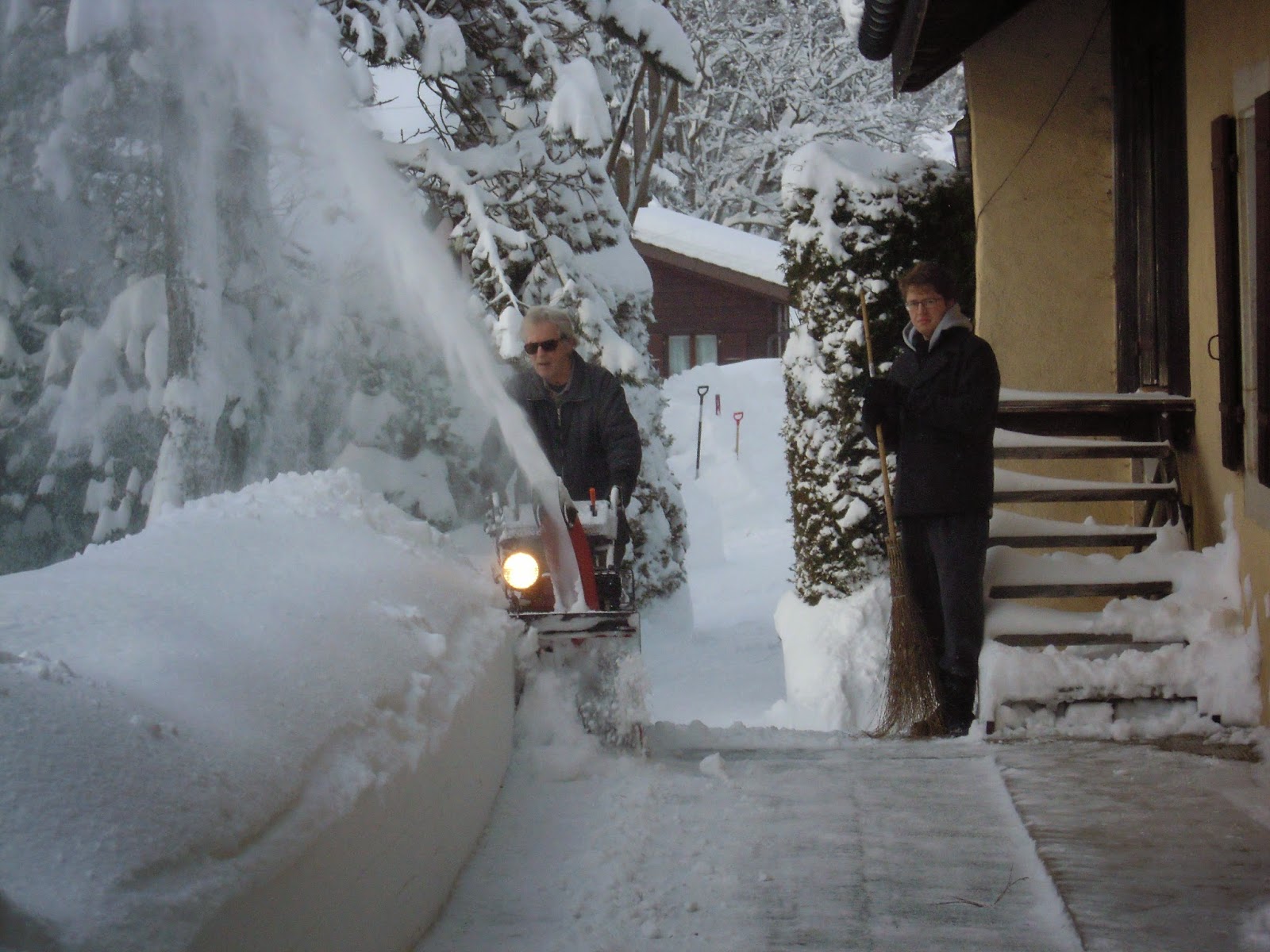 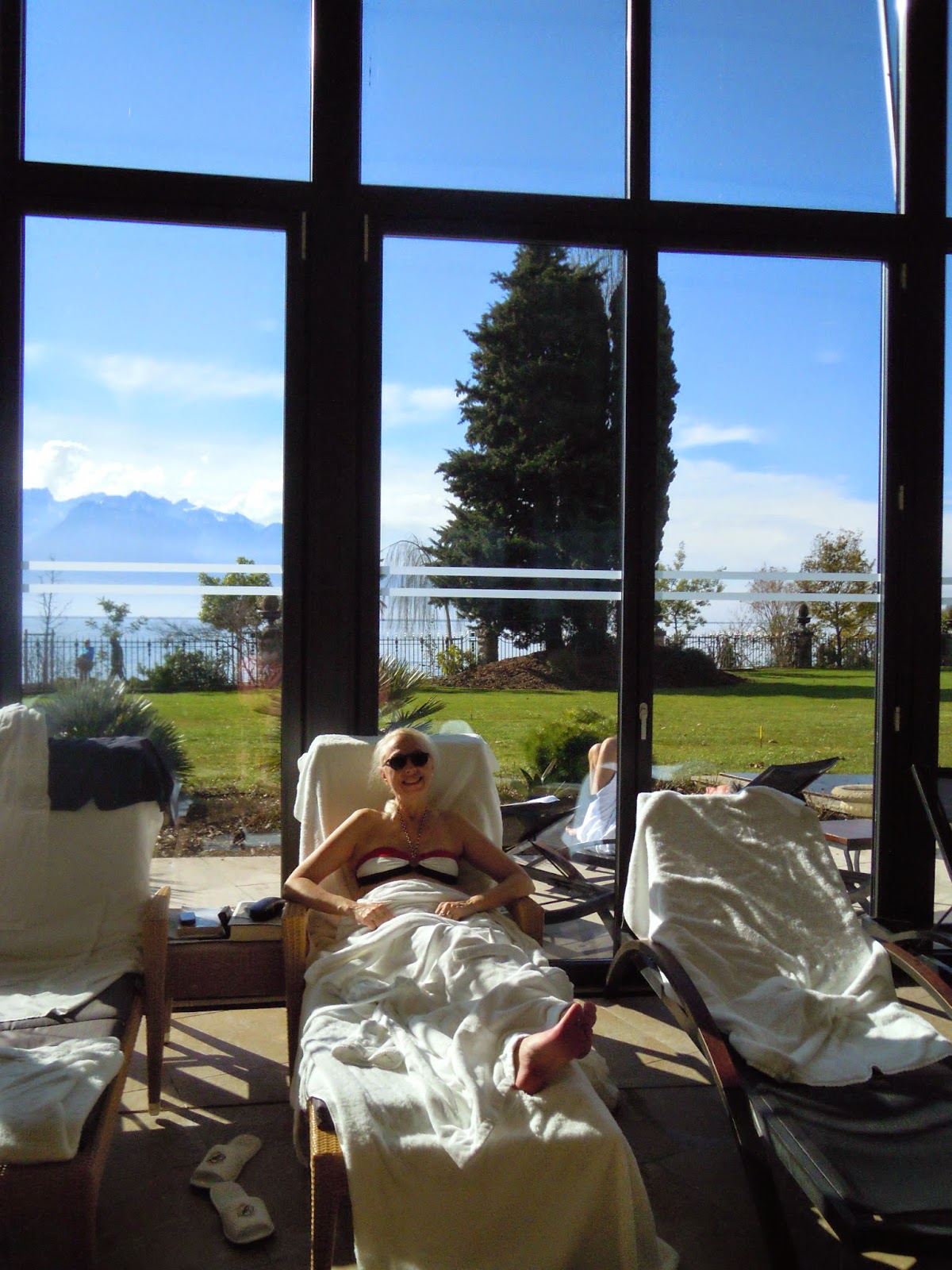 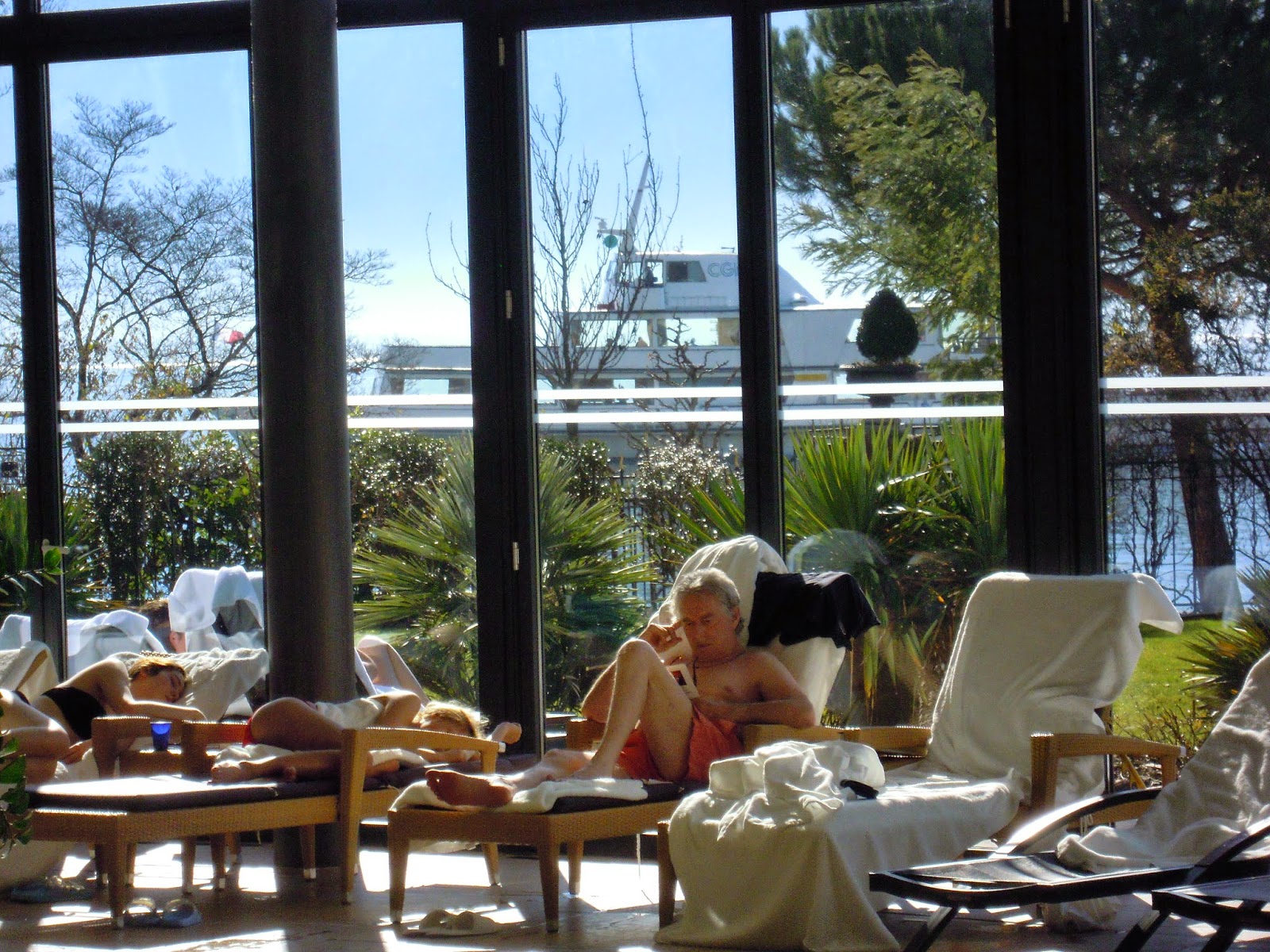 Posted by Inkstain at 03:30 No comments: