I had forgotten how much wear I got out of two versions of this Vogue Basic Design 2611, 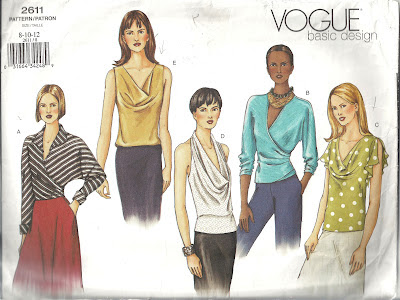 versions E and C, one with sleeves and the other without—both of them made from pure silk and cut on the bias. Bias-cut designs hang fluidly and cling to the body, the only way to go. (pace the new Vogue cowl-neck blouse which more economically uses a bias layout only for the upper half). Having a short length of beautiful black stretch charmeuse after cutting out the underdress of Burda's Alberta Ferretti chiffon cocktail dress, I whipped up yet another  2611 in less than an afternoon, after finishing the lilac-peach pastel silk tunic. (I'll be wearing one of the knock-off Philip Lim tunics to a Geneva garden drinks party on Thursday. Watch this space...for rain?)

So here's to the new black charmeuse cowl-neck bias blouse 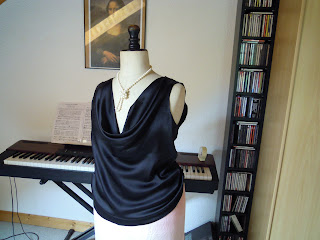 joining her rust and amethyst girlfriends: 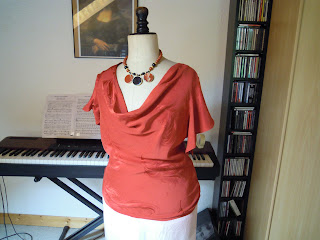 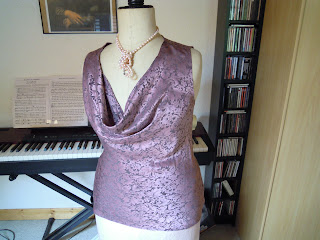 Nothing is more flattering than clothes cut on the bias, since they move with the torso and hips, calling up images of movie stars in the thirties for whom the bias-cut evening dress was de rigeur.
BUT
I have to impress upon all the mothers out there a few words of caution: never, never, never dress your daughter in a bias cut dress. Heed my warning, summed up in two words: Jean Harlow. The neckline of Vogue 2611 calls to mind the slinky seductive style of Miss Harlow, as in the four photos below.This styling is so dangerous that it should come with a health warning.
Poor good-hearted and irresistible Jean was married off at 16, divorced at 20, and dead at 26.
Don't tell me that her bias-cut dresses had nothing to do with it. 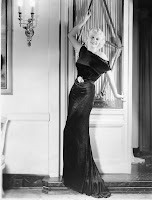 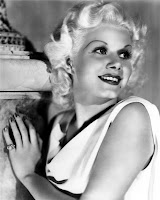 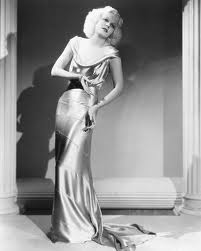 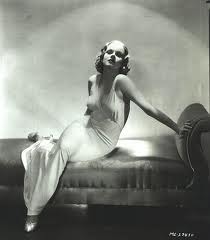